So the first race of the season Callenge Dubai is right around the corner. I’ve been training really hard for this event and with it having such a strong field 65+ male professionals who are of a decent standard it’s served as great motivation especially when the weather has been terrible or when I’ve been feeling tired. 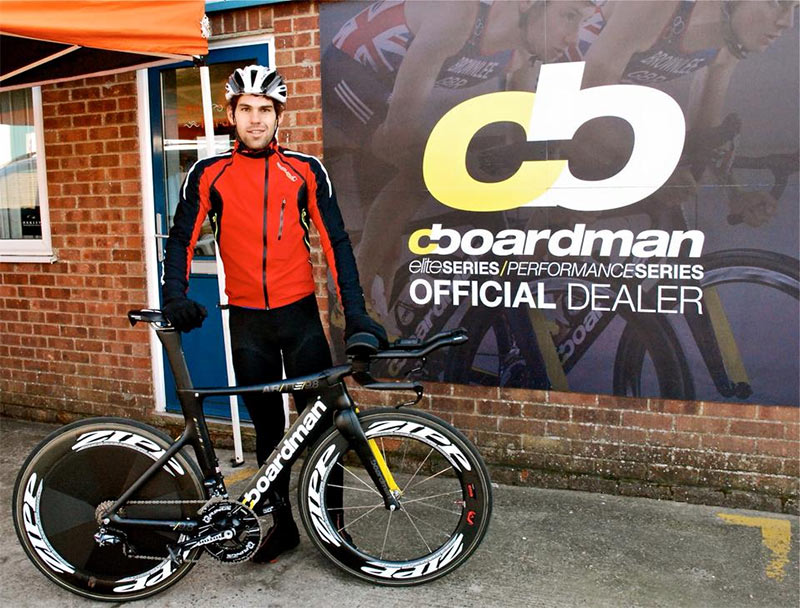 After Tenerife I had a week easy and ten completed 3 great weeks of training hitting some really good sessions. The standout sessions which I completed were:

2. a tough 3.5 hour ride cocsisting of over 1 hours worth of tempo efforts and abov threshold efforts. Normalized power was 294 at the end.

4. Consistently hitting some fast running paces on a Tuesday night at my running club sessions. Been doing the first 6-8 minute effort at well under sub pace on grass. 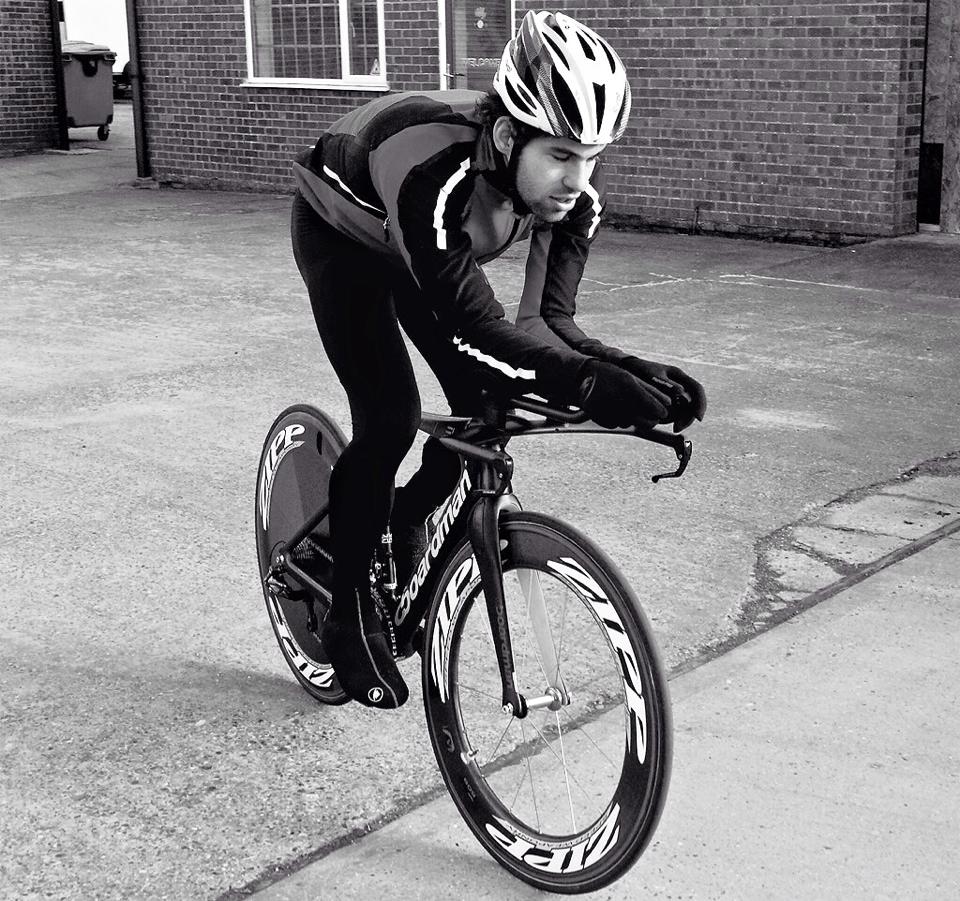 These are some of the sessions which have given me confiedence going into Dubi. As well as that I recieved my Boardman TTE race bike on Saturday and it’s an absolute dream to ride. I took it for it’s first spin on sunday at the Ely Monster middle. For me this event was to serve as a pre race tune up for Dubai and a great way to test all of my kit and make sure that it’s all in good working order.

The first run I ran with training partner Lee, his running has really come on and it’s great to see. He’s been consistently running with the training group I have set up and you can see the gains he’s made.

The first 5k was covered in 17 minutes 30 with me and Lee running side by side.

Out onto the bike and my plan was to ride at target half Ironman pace 340w, the roads were very icy in places and with Dubai around the corner there was no way I was going to take any risks. I used my heart rate monitor for this to see if what I thought was half Ironman pace would be achievable, I averaged around 150bpm and 340w so it seems to me as though it would be possible to hold this power output for a half and maybe even as much as 350w might be possible. This power output gave me the fastest bike split by 3 minutes so a good start, it was also the first time of using the Rotor power cranks and 55 tooth chain ring, I’m definitly pleased I’ve got that for for the fact that I’ve got super strong and can spin the 11 but it allows me to ride in the 3rd or 4th ring up and thus keeping a straighter chain line and saving more watts! Let’s see if I can repeat the fastest bike split this friday!

Onto the second run and I wanted to run at a comfortable pace. I didn’t want to do anything silly and smash the run but I wanted to run at around target 70.3 pace maybe a little quicker. The mile splits were 5m40,5m28,5m17 and I felt better as the run went on. Again looking good for Friday and also good to see my mate Lee get 2nd, and other firends Liam, and Jake get 5th and 7th. 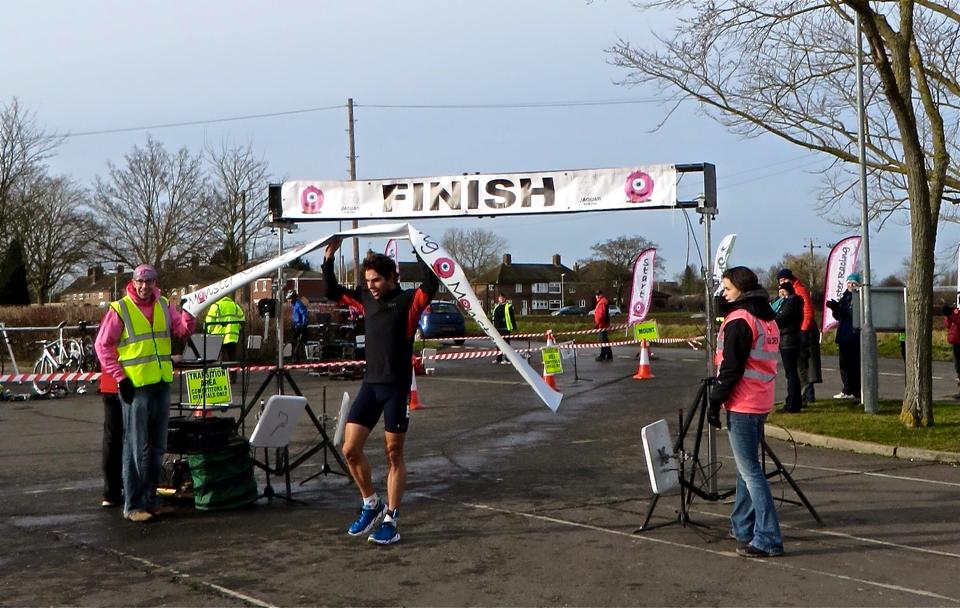 Thanks to the guys at Monster racing for letting me and my friends in to race at late notice.

I also recieved my race kit for the season on monday and want to thank Endura for doing a stellar job in getting it designed and sent out to me in no time. a little time line of the events last week:

Monday- started working on the design

Tursday- The kit was made and sent off

Monday- I recieved the kit.

The kit looks absolutely awesome and has been designed using wind tunnel tested technology. It’s probably one of the most high tech kits being worn. Certain parts of the sleeves are made using rougher material to deflet the wind round me and other parts are really smooth to allow the air to run smoothly. 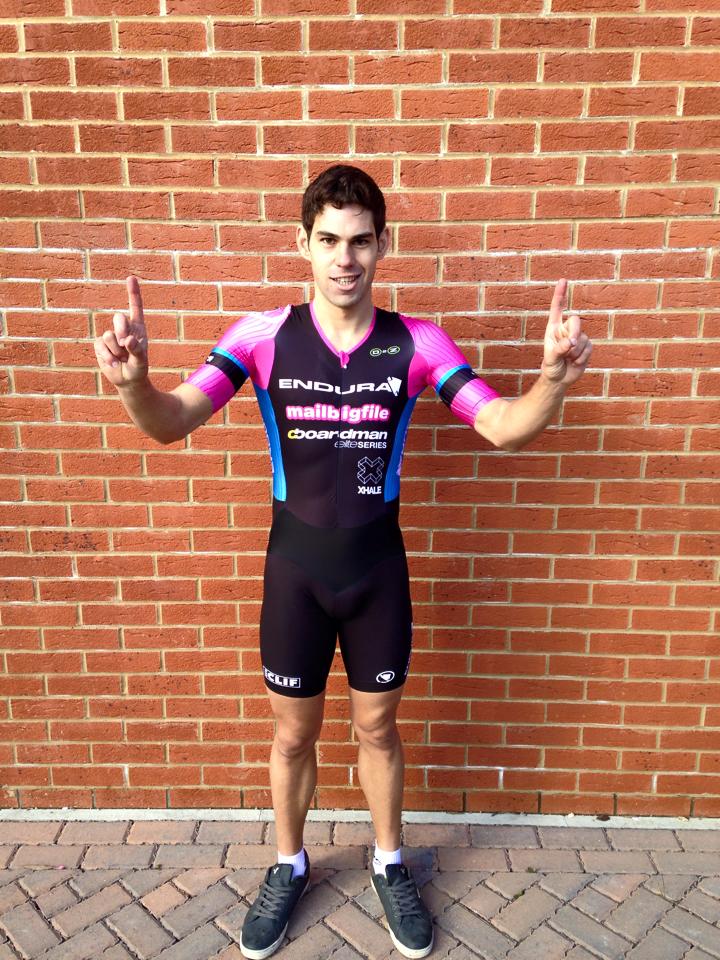 Hopefully this will help me bike even quicker and save me a few more watts. I was also surprised by the fact that it doesn’t feel horrible to run it. I thought it would feel really tight and restrictive but it doesn’t at all so that was a really pleasant surprise. 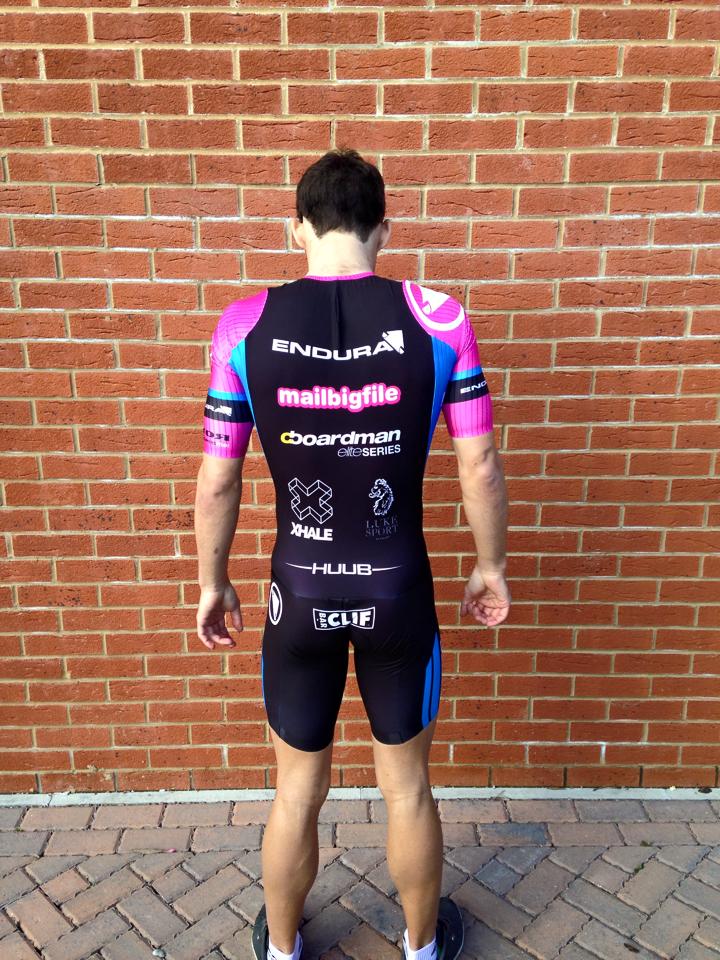 One thing which those of you who follow me on facebook may have noticed are my longer facebook posts I’ve been doing lately. I’ve been doing this to allow those of you that want to follow my progress more of a day to day insight into my training etc, I’m also hoping to post some regular training videos especially when the weather gets a bit lighter.

I’ve had some good feedback on these posts with lots of people saying they find them motivational and enjoing them so I’m going to keep them up.

Also I’ve been told to get on the Instagram band wagon so I’ll try and get a mixture of photos and videos on there of all kind of stuff, training, races I go to, general life pictures so if this intrests you then follow me my username is notanotheraveragejoe

Ok so my next blog will be a race report of Challenge Dubai where I hope to be reporting back with news of a good race!