This is long overdue now. I meant to do a race report pretty soon after the race but I was just so disappointed by the result. I’m still really disappointed by my result out in Kona and think about the race pretty much everyday while I’m out training. To be honest I don’t know what it is about the race which gets to me as I gave it my best shot and took a roll of the dice to try and get a top 10. When you race like that sometimes it works out but when it doesn’t work out it goes very bad. Unfortunately in this case it didn’t work out for me and I could have raced it with a safe approach like last year where I raced the bike at my own pace, I stuck to my numbers which I knew I could hold and then seen where I was at the start of the run and then see what I had on the marathon.

In the race this year I had a good swim and only lost around 1m 40 to a group of athletes containing Sebastien Kienle and other athletes which earlier in the year took 6+ minutes out of me in the swim. Onto the bike and I was with Michael Weiss who was setting a strong pace. I was hoping to be with him as I knew he was a strong cyclist and rumours were he would be giving it some on the bike to try and get the fastest bike split, so I though perfect I can sit in and enjoy the ride up to the leaders. It was going well for over an hour on the bike, I was working my way up the field pretty well and after about 90 minutes could see the lead group and was thinking that today was going to be my day! 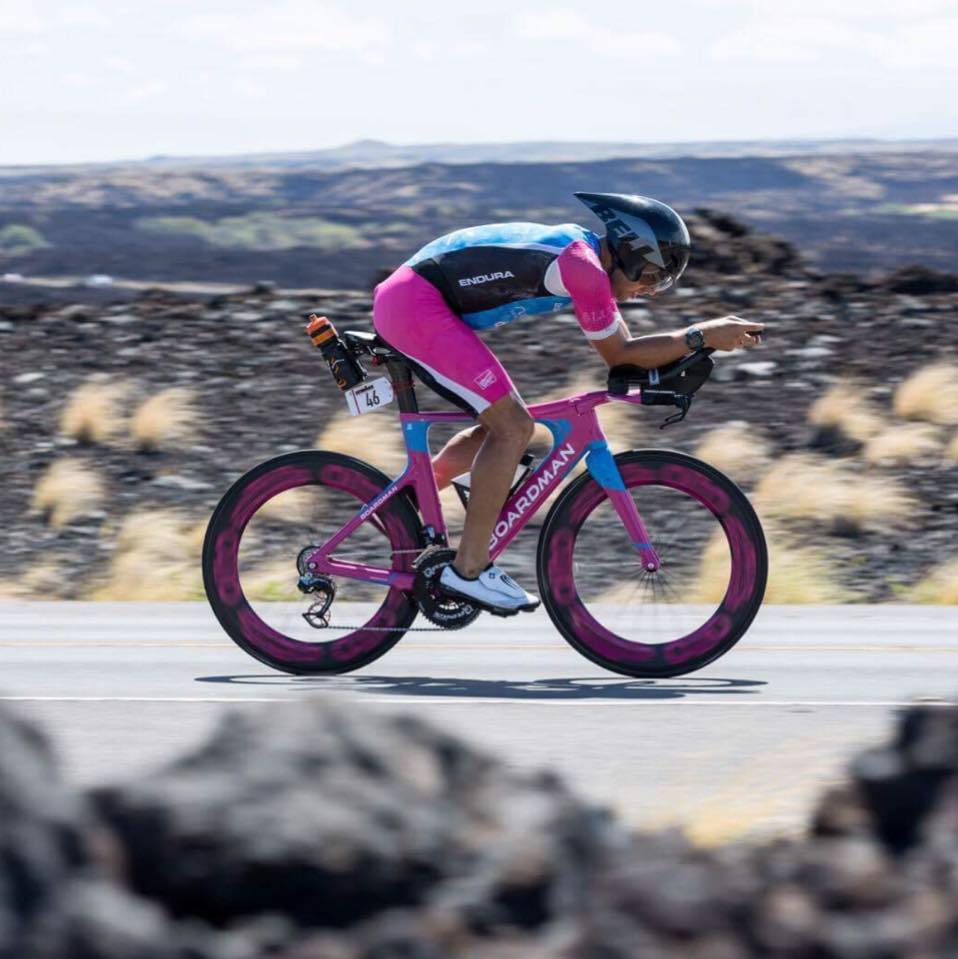 Alas it wasn’t to be and going past Waikoloa and Mauna Lani the cross winds were quite strong and after the efforts of the race up until that point I just blew up. I think it was a combination of feeling good in the water and swimming hard, and then the efforts on the bike specifically the constant bouts of high intensity when you are moving up the pace line, every time I was moving up in the pace line I was forced to ride at 450w. It’s a very tricky position as when you are riding in say 3/4th in the line its pretty comfortable but as you catch groups up its very hard to hold that position as you have to make sure you are 12m behind the guy in front if you go into that zone you have to overtake everyone in front of you unless there is a space over 12 meters which you can go into. A couple of times I went to overtake athletes as there was a big enough gap at the time only for them to close up to the guy in front of them as I was overtaking them which meant I had to keep going and hope a space opened up otherwise  I would get a 5 minute penalty. A lot of athletes got caught out by tis and got penalties. To sum it up its very tactical and I’m glad I’ve experienced it as this experience will be invaluable next year when I come to race.

This was my first 90 minutes of the race. You can see the Normalised power was a lot higher then the average. add to that the high temperatures and a hard swim the writing was on the wall! 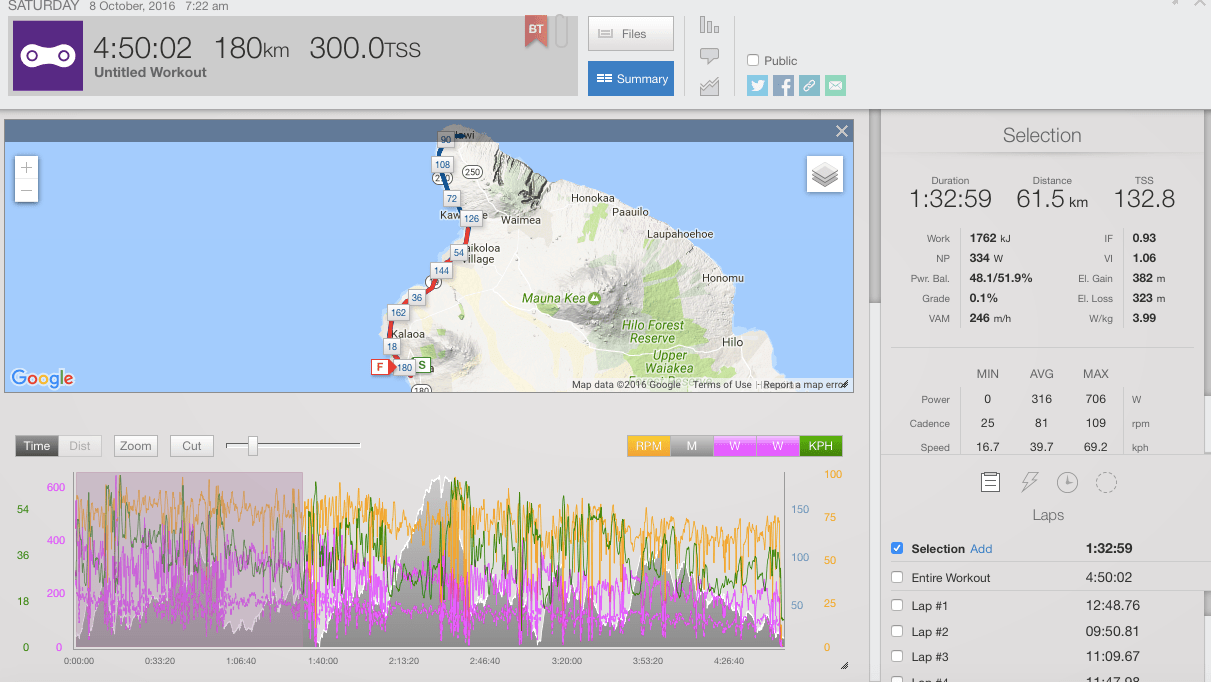 After I blew up in the race I was forced to just cruise to the end. After speaking to my coach we think it was a complete explosion, basically just using all your glycogen stores up so you have nothing left in the tank. I carried on going to the end and ended up running with Will Clarke. I thought I’ve got to finish if I’ve come all the way out to Hawaii and also the fact that so many athletes would give their right arm to race the Ironman World champs. Also I wasn’t injured and it’s the last race of the season, being out there going so slow looking at all the athletes racing for decent positions was embarrassing, really embarrassing and has really motivated me to want to come out and do better as I know I can. That’s one of the reasons I dragged my sorry ass round as sometimes you need to feel the lowest lows to motivate you to keep going so you reach the biggest highs.

In general 2016 was a year of highs and lows, the biggest high was finishing 2nd at challenge Roth and becoming the first British Athlete to break 8 hours over the Ironman distance. Obviously the biggest low was having a bad performance out in Kona. 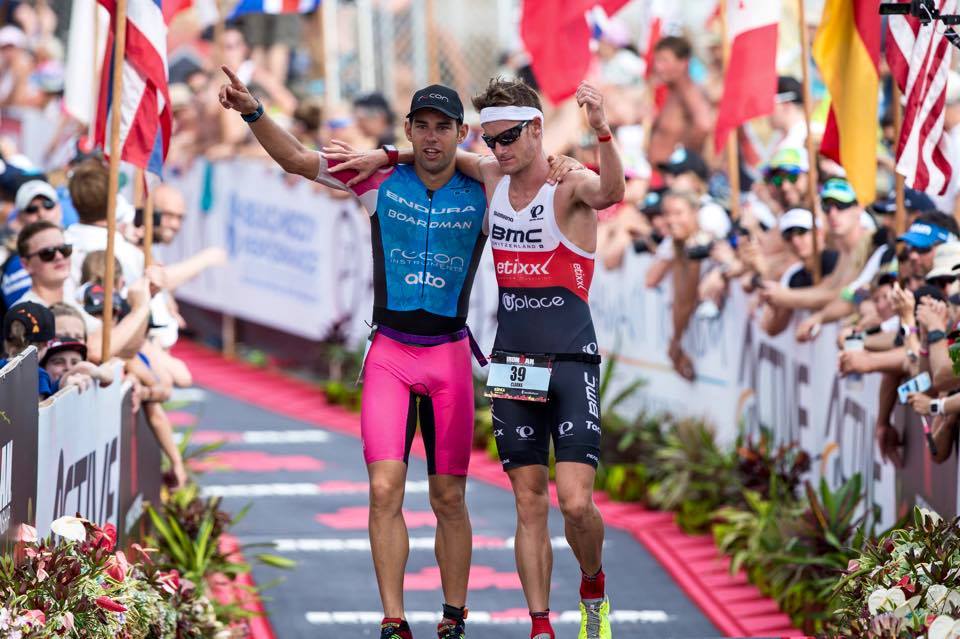 Looking ahead to 2017 I’m well into my training at the moment and It’s going really well. I’m sure 2017 is going to be a great year as I’m training very well currently and the numbers are looking good. My key races for the year will be Ironman South Africa on the 2nd April, and Ironman Texas on the 22nd April. I’m extremely motivated for these races, I’ve booked my flights all ready and will be doing a month at Altitude in February/March to prepare for them. I did this before Roth and it worked very well. I’m doing everything I can to be in the best possible shape for these races.

I’m really pleased to finally get this blog post out about Kona, In all honestly the reason why it’s taken so long is because I’ve been so bitter about the result really. It helped speaking to Rob from the Cup of Tri podcast about my kona performance and basically just got it off my chest, it really was a very disappointing experience.