I flew out to New Zealand on Saturday 27th January and didn’t actually arrive at Dougals house until the Tuesday. Originally I was going to train with Dougal in Omaru but we changed this and I ended up joining him in Wanaka which was great. The scenery in Wanaka is breathtaking and the town itself is really nice, loads of nice cafes and a chilled out vibe.

In Preparation for Ironman New Zealand I raced challenge Wanaka on the 17th February.

I felt as though I had an ok race out in Wanaka, my swim was pretty average, I came out of the water about 3m30-4m down on the first swimmer and about 1 minute down to the chase pack. I felt I should have been in that chase pack as I’ve been hitting some decent times in training, but at the start of the swim I felt as though I was struggling for breath and it was just limiting me from swimming as hard as I wanted to.

Onto the bike and I felt pretty good. I was confident of doing a good ride, as my training this winter had gone really well with me hitting some of my best numbers in training and a lot of that I owe to Simon Smart of Drag2Zero who put me in the wind tunnel refining my position.

As the bike progressed I was working my way through the field and after about 12-13 kilometres I was joined by Dougal Allan which was great as I new he’s a strong cyclist, Dougal was absolutely smashing it and it was hard to even stay with him. At about 20 kilometres in and we caught the chase group which had Luke Mckenzie, Jesse Thomas, Luke Bell, (these 3 joined us for the rest of the bike). 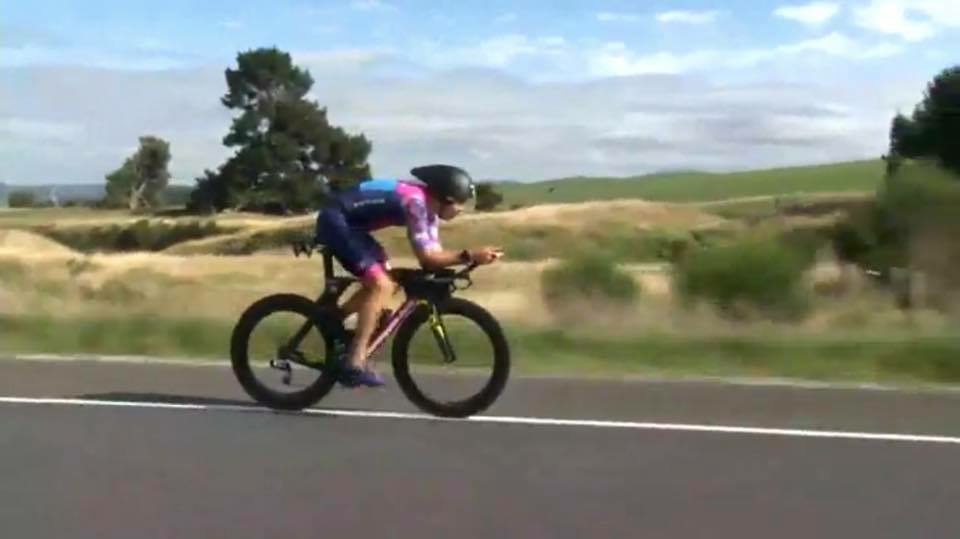 There were some others in that group but they dropped off the pace when we came through. At 30Ks into the bike we got a time split that the Gomez group was 2m 30 up the road so we had taken a good 90s out of them in 30k . For the next 40k we carried on working well together and then after 70Ks we made contact with the lead group. I thought that if I was going to have any chance of winning or even getting a decent result I would need to have a buffer starting the run as although I was running really well in England before travelling out to New Zealand It seemed my run legs had stayed in England instead of joining me for the trip.

So I pushed on up the climb to the airport, its a pretty short sharp climb, probably a few minutes and ideally you would want to be in your small ring to climb it, however I dropped my chain on one of the climbs earlier in the race so I didn’t want to risk the same thing happening again so I climbed it in the 56 which was pretty hard but I wanted to put in a decent attack to try and break the group up. Ideally it would have been good if I was joined with one or two others to share the workload and put time into Gomez and co. I managed to get a gap of 36 seconds with around 10k to go, I remember thinking this is perfect i’ve got this in the bag! I definitely spoke to soon because as I was coming up to the last corner I looked over my shoulder and saw the pack. I couldn’t believe it. 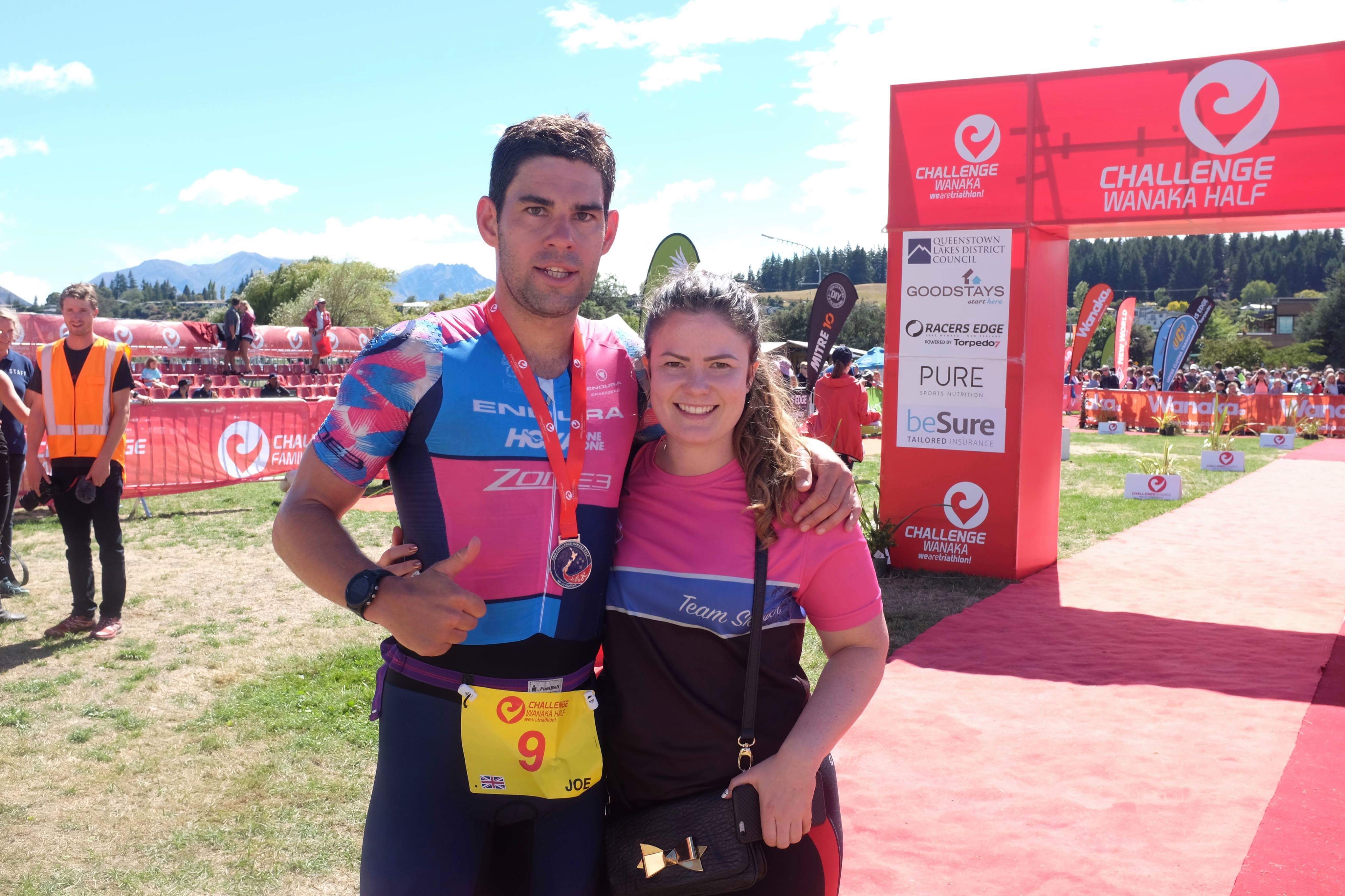 Onto the run and theres not much to say here other then I didn’t feel great at the start of the run and saw everyone run away from me. My legs just felt really heavy and It was a case of slogging it out to the finish. I finished in 7th place overall and felt like I got a solid last hard session done in preparation for Ironman New Zealand. 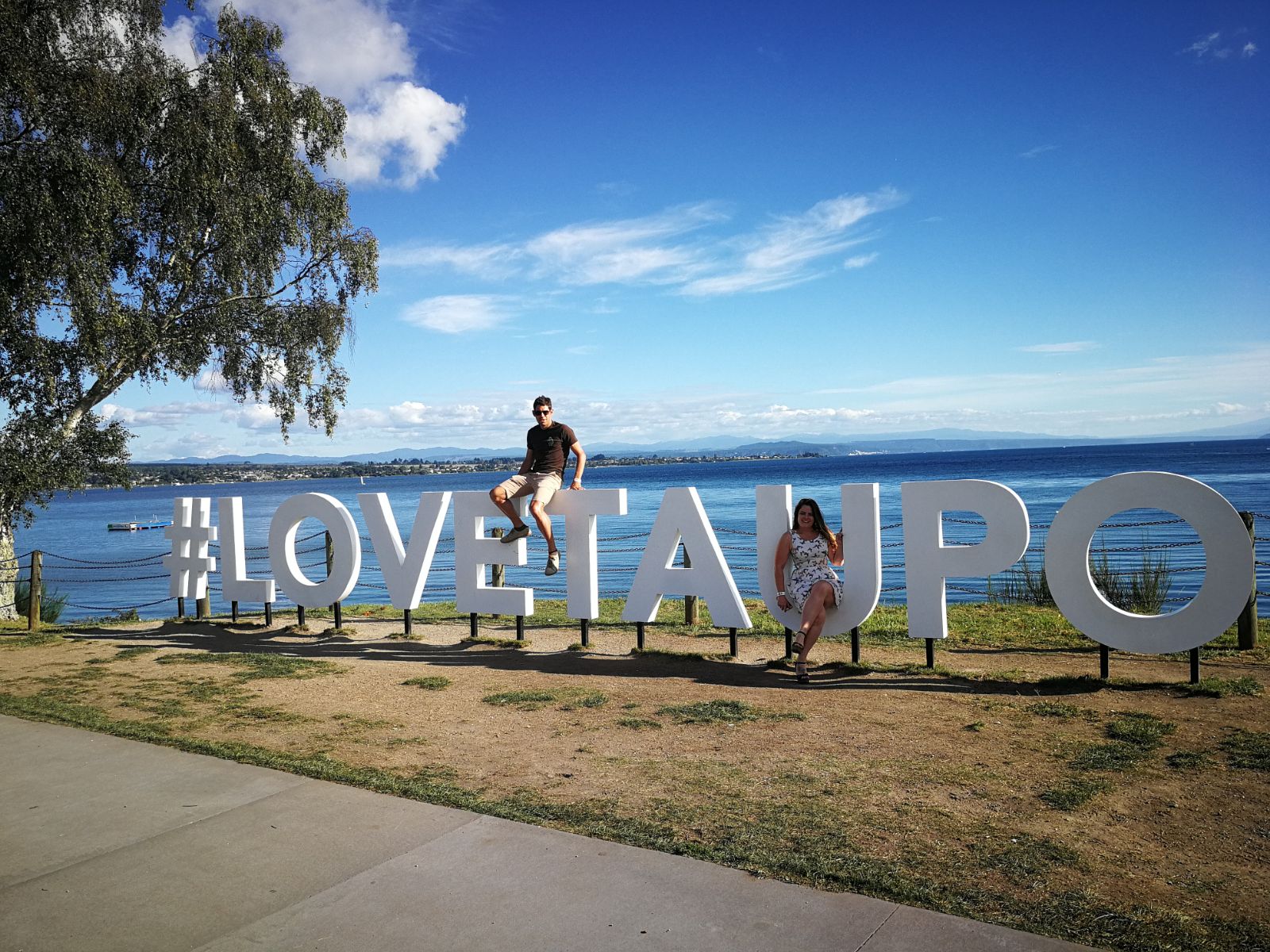 My family all came out to new zealand to watch me race Wanaka and the Ironman so on the Thursday after Wanaka we all  travelled up to Taupo and on the Saturday a week before the race I did my last hard brick session. This was a lap of the Ironman Bike course at target power followed by a lap of the run course above rave pace. This session gave me a lot of confidence going into the race as i ended up holding 300w fairly comfortably but was very pleased to see that the speed this equated to was above the average speed required to break the course record. The run went alright as well. I averaged just under 6 minute miles, I would have liked it to feel a bit more comfortable but it was pretty solid. 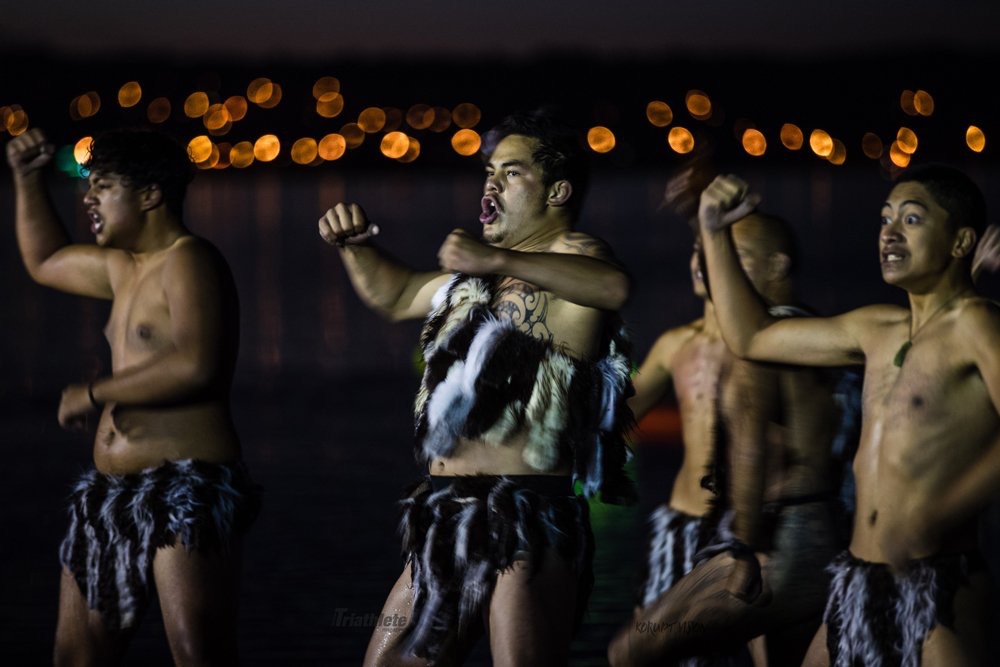 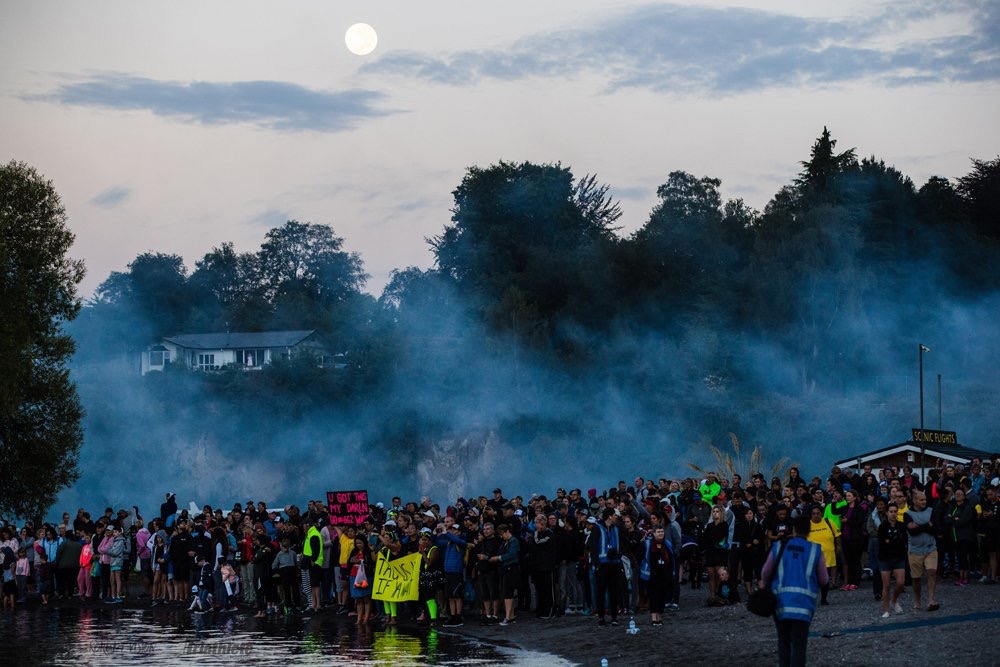 At the start of the swim instead of doing what I normally do where I’m trying to swim hard but constantly putting my head up every few strokes to see where people are and who’s feet I can get on I just concentrated on getting a decent start and swimming fast. I thought I’ll see who’s around me a bit later on. This worked out so much better and I ended up being in the front pack for quite a decent amount of time. Eventually it split, I actually saw it happen with someone a few swimmers in front of me letting someones feet go and a few of us ended up getting dropped. I couldn’t really do anything about it anyway as I was working pretty hard on the feet so wouldn’t have been able to pick it up anymore to bridge the gap.

The rest of the swim was pretty unadventurous, I was just on the feet of the guys in front of me saving energy and got out of the water in 51 minutes With Cameron Brown and a young guy Lachie Kerin who’s a decent cyclist. I was 2m45ish down on the big front pack with Dylan McNiece solo  about 3 minutes ahead of them. When I got a time split out of the water saying 6 minutes down I was a bit shocked as it felt a much better swim then that but for Dylan to go solo and put that much  time into everyone he must have been flying!

Onto the bike, I was thinking that I would be with Dougal, and I have to say I wasn’t sure if he was behind me or up the road having an absolute flyer at this point as someone gave me a time split saying he was a minute up the road. I thought bloody hell he was my ticket to the front of the race!

Anyway I happened to be with Cameron Brown and Kerin, we took turns on the front doing around 3-4 minutes each. I don’t think Cameron wanted to do too much, but we got the occasional turn out of him and sooner enough at around 35-40 Kilometres into the race we could see the lead group. We soon bridged up to them and that left just Dylan up the road. 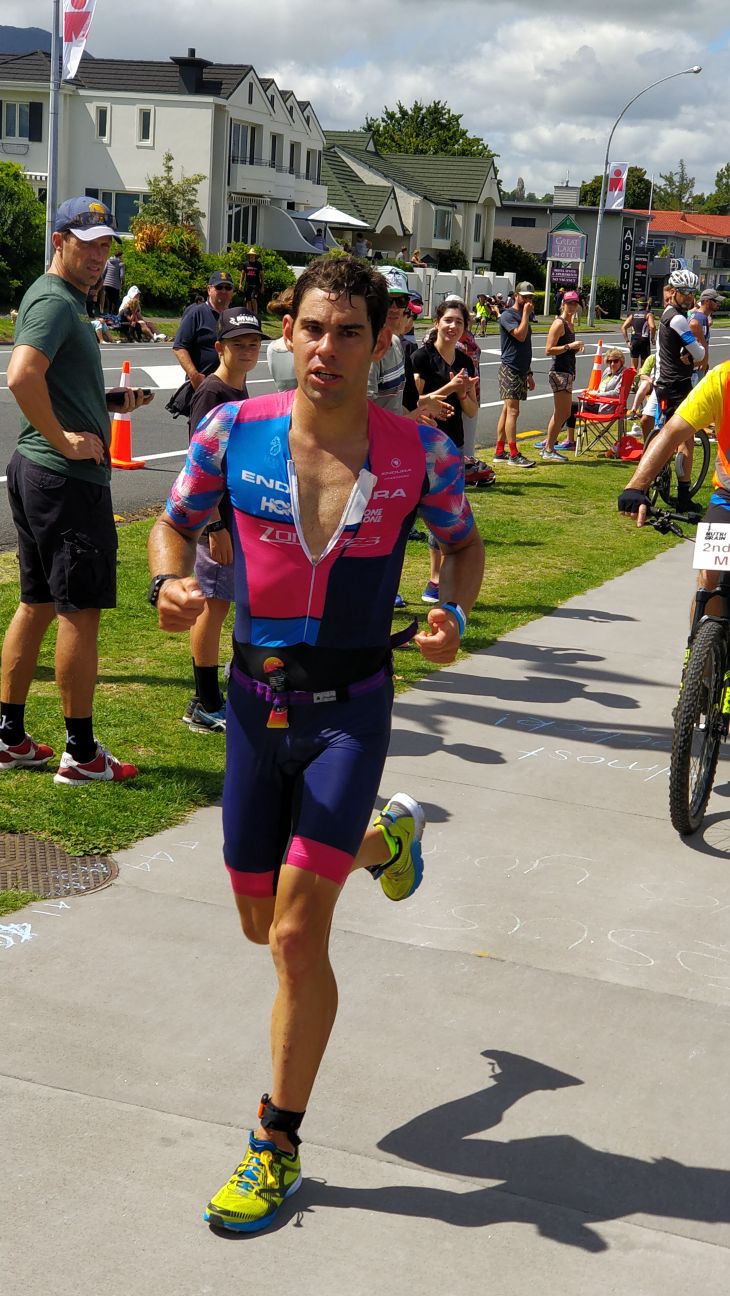 I tried a few times to get away from the group but with it  being so big it was very hard to get make any headway so I decided to wait until the long drag up to Taupo which is around 10k, once we got to this incline I put my head down and just set a strong tempo up it and hoped that I would be able to get away with 2 or 3 others. Luckily for me I had Mike Philips, and Lachie Kerin so some strong cyclists that would be able to keep the pace high.

About 10Ks later we were joined by Terenzo Bozzone. The 4 of us were working well together taking a turn every 3-4 minutes keeping the pace high. Unfortunately for Lachie he got dropped about 110ks in and then about 25Ks later around where the turn was Mike Philips started to fall off the pace, which left me and Terenzo alone alone at the front of the race. We saw we had around 5-6 minutes at the turn on the chase group which was a good positive as I think we were both hoping it was going to be something like that and not just a minute. This definitely gave us both a boost and I think we both knew that if we carried on sharing the load 1st and 2nd would be decided between us.

Coming towards the end of the bike I was fancying my chances for the win as Ive raced terenzo a few times over the ironman distance and each time i’ve caught him on the run, so starting with him I thought i’ve got a great chance here. 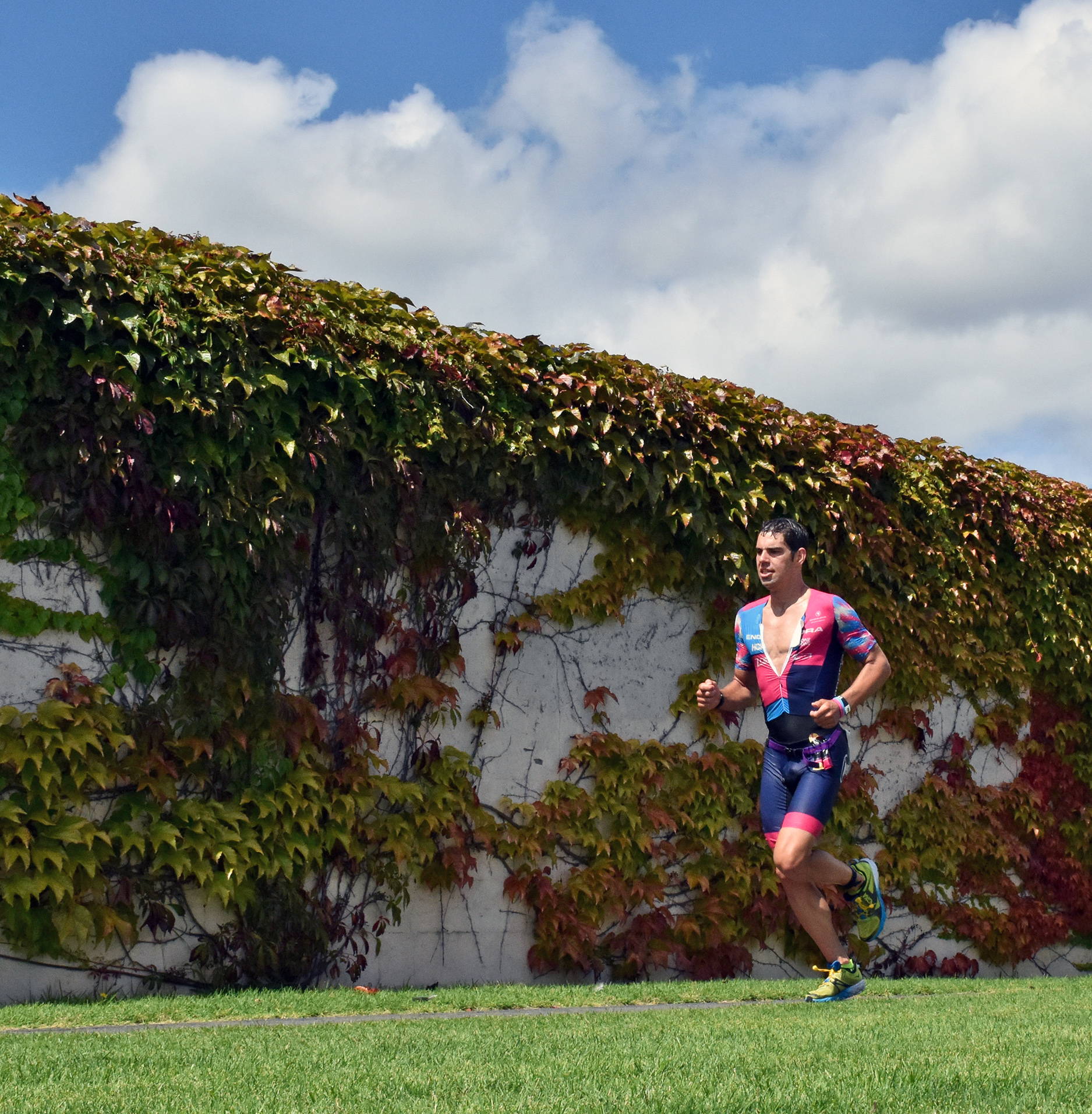 Unfortunately for me he had other plans and started the run fast and just didn’t slow down. I was hoping that he would fade in the back half of the run but full credit to him he was the better athlete on the day, looked strong throughout and deserved the victory. I had to dig in on the last lap to hold off a charging Cameron Brown who at 45 years old broke the old course record with a 2 hour 41 marathon and an 8.07 finish. I went 8 hours 5 minutes and broke the old course record and the winner Terenzo went 7 hour 59 minutes on what’s not known as a quick course. Fantastic racing from everyone and a great location for a race.

Before I end this blog I would like to thank Hoka One One for coming on board and now becoming a sponsor of mine. I have been using these trainers for some time and have found them really fast and comfortable so pleased to say we are now working together for 2018!

I’m enjoying a bit of a holiday now and travelling around New Zealand before getting back into training for my next race Ironman Texas on April 28th. 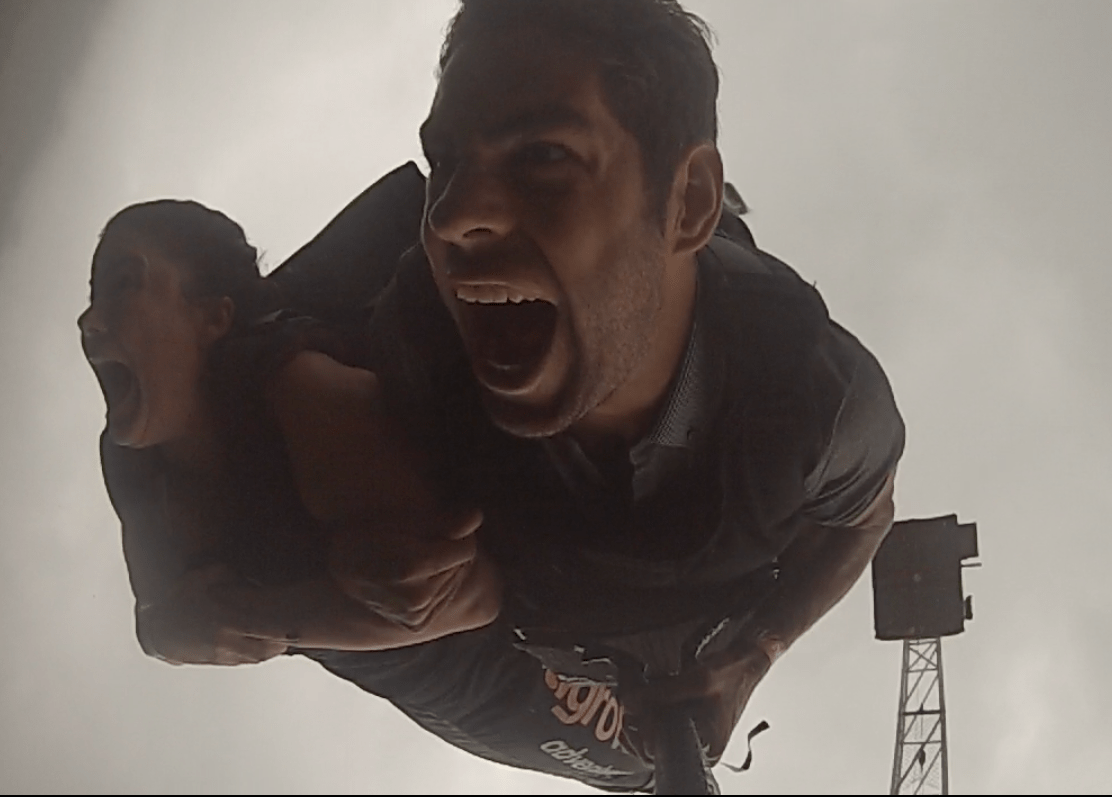