NOT ANOTHER AVERAGE JOE

I did my first Triathlon at the end of 2010 initially for a challenge, I wasn’t swimming or running but was cycling and fancied a challenge so entered a half ironman. I was hooked and decided to train with my local tri club (Manchester Tri Club) initially for the social, it was great as it was a very good set up and there were lots of athletes that could beat me at swimming and running and I loved the challenge of keeping up with them.

In 2011 I won the amateur British middle distance champs and Lucy Gossage persuaded me to race Pro, I couldn’t afford to enter races as an amateur and she said you get free entries and sometimes they will put you up.

This sounded fantastic to me so I started racing pro as you can’t win prize money as an amateur and you get free entries! What’s not to like about that?!

In 2012 to enable me to train and race more I got the cheapest house I could find which was near where the tri squad trained as I didn’t have a car. It was £50 a week bills included and it certainly wasn’t the Ritz! During 2012 a local company Mail Big File said they wanted to help me and pay for travel costs to races, this was huge and them and Clif bar have been with me from the start and took a chance on me when they didn’t have to.

I raced predominantly 70.3s coming 5th at the UK one and 15th at the European champs in Wiesbaden Germany. I lost my passport so missed Pays D’Aix 70.3 at the end of the year so had no choice but to race Challenge Barcelona Ironman or end my season. I raced it was 2nd off the bike, and was running well in 3rd having dropped the eventual winner and closing in on 1st place with 20ks to go I felt really good but got hunger knock and he came back to me eventually pulling away and I came 5th in 8h 23!

I loved the brutality of Ironman racing and was hooked from there on.

At this point I was working part time in Manchester and at the end of the year I got the opportunity to work in Spain at a training centre which would also enable me to train in Spain full time with other athletes. It was a great experience and one that I couldn’t afford to turn down.

I thought I would give 2013 one more shot and see how it goes before deciding what to do with my life. I got 3rd in Ironman Uk that year and 10th at Florida in October in 8h 17m, unfortunately in Florida I got a puncture and a drafting penalty which I think was a harsh call (don’t we always) which hampered a potential very good result and much faster time! 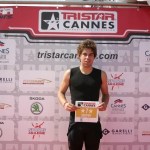 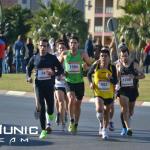 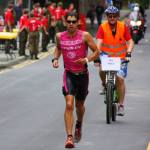 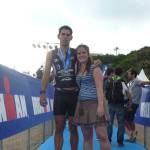 On the verge of a DNF

I remember posting something on Facebook and being in tears to my Mum and Dad one night on the phone. I was getting a lot of positive messages after Florida with regards to my Season and performance there but no sponsors as a result of it and was very upset as I had wrote to 100s of companies! I ended up getting sponsored by Mark Livesey from Functional Fitness and the creator of the Xhale training software which I use. And Neil Turner from Pedal Revolution, I got a combined total of £2000 and I have to say this might not be a lot but at the time I was living at home and it felt as though I had won the lottery and enabled me to carry on for the 2014 season.

My results got better still and I managed to get some more money. Although the season didn’t start off too well. I completely blew on the bike at Ironman Lanzarote, I felt terrible all week (physically) just weak and was hoping I would feel better on race day. I didn’t really, had a rubbish swim, although not feeling good on the bike I pushed myself hard and managed to get up to around 5th place and holding the gap to the leader. Until at 120kms I couldn’t turn the pedals anymore I had nothing to give and ended up laying down for half an hour in a dessert!

I spoke to Paul Evans (local runner 27m 10k PB, winner of Chicago Marathon) he didn’t start running until he was 26. This inspired me and the failure of Lanzarote motivated me more then ever. I trained harder then before and pushed myself harder in races.

I never wanted to feel like I did after Lanzarote and even now I remember that race and the pain of suffering in a race is nothing compared to failing to finish!

After that I got 2nd at Ironman UK, 1st at Weymouth, and despite puncturing and having to borrow a wheel off a spectator at Ironman Barcelona I got 6th. I had enough money to get through the winter and into 2015. 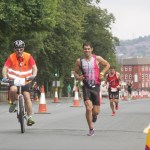 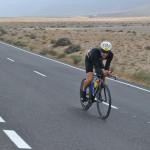 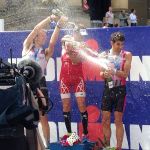 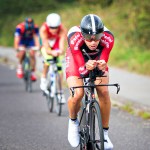 The American Dream – making it or breaking it

During 2015 the funds started drying up and when looking at hiring a car for Texas and seeing the amount a hire car was going to cost me and working out the total costs I almost bailed on going. My Mum and Dad helped me out again and I was able to go. I raced New Orleans 70.3 and was disappointed with the result, I struggled with the heat on the run but had thrown away too much time on the swim! Anyway my focus was on Texas Ironman and failure to get a result would have meant I was going to look to do something else and would be lining up at the job centre, not by choice but because I was out of money. I can’t tell you how much this motivated me during the race!

Fortunately things managed to come together for the main race, despite being one of the toughest things I’ve ever had to put myself through, pushing myself through the limit I managed to achieve 2nd place along with claiming the bike course record which also happened to be the 3rd fastest Ironman Bike split in history, I had now become the 6th fastest British Ironman athlete of all time!

Some more successes followed in the months after Texas. In June I became

The following month I managed to get on the podium again at a tough Ironman UK race. This also meant that I had now accumulated enough points to safely qualify for the 2015 World Championships in Kona. An incredible achievement and one which I couldn’t possibly have imagined happening without the support and encouragement from all my friends, family and sponsors. 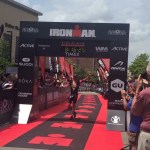 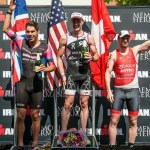 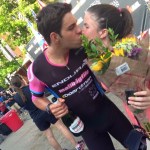 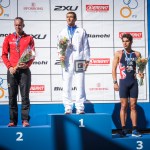 My journey hasn’t been the smoothest, most people have the image of pro athletes living the high life. I remember in 2012 when working my bank card refused for insufficient funds when paying for my shopping, it happened a couple of times. I was cutting a fine line between working and training.

I’ve never had any support from a national governing body, I don’t bother with massages or any other kind of physio as I don’t have the budget, I coach myself, I always have as it doesn’t cost anything. What I have had is a lot of support from my family and friends and a big belief from them that I can compete in the big races.

I wouldn’t change it for the world though as I love training and racing but it hasn’t always been the smoothest road and its certainly not easy! There are probably others that are in the same situation and what I will say is don’t give up, a life time of regret is far worse then a couple of hard years. Self belief goes a long way! 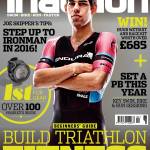 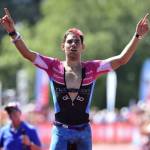