2018 has been my best season to date by far but at one point it looked as if I might not even be racing this summer. At Ironman New Zealand unbeknownst to me at the time I raced with a slipped disc in my back. The pain started about 5 days before the race and was a mild sciatic pain, I had never experienced anything like this before and thought maybe it was due to the taper or a bit of muscle pain. Nothing I thought a few paracetamol and Ibuprofen wouldn’t cure!

If only that would have been the case. Somehow though I managed to get through the race and salvage a 2nd place finish with a bike course record and the 2nd fastest time ever on the course behind a flying Terenzo Bozzone who managed to come away with a sub 8 finish and the 1st of 3 victories in as many weeks.

As soon as I finished I was in excruciating pain, I couldn’t put any weight on my left leg and had to be wheeled away in a wheel chair. They say ironman is supposed to find your limits and I think you could definitely say I found my limits that day, and maybe even surpassed them as I was unable to walk without any pain for the next 2 months. I didn’t actually manage to walk pain free until May and was seriously wondering if I would be able to run pain free before the end of the season let alone race. Thankfully my physio Becky Schofield got me back running and 4 weeks later I raced Challenge Geraardsbergen with a 4th place finish, 2 weeks later I raced Challenge Roth and finished 4th with the fastest run split of the day. I then raced Ironman UK and finished 1st, my first official Ironman win. It was great to win this one on my 4th attempt but also in front of friends and family, again it was the fastest run split of the day. I then went onto Ironman Hamburg which was a duathlon due to a cancelled swim. I finished this in 2nd place behind a flying Bart Aernouts who later went on to finish 2nd in Kona. After this I did an altitude training camp in Font Romeu to begin my preparation for the Ironman World Championships.

I went all in for Kona, I didn’t race before it and put all my eggs in one basket. I’m not the best in the heat so I knew I would have to get in the best shape of my life to get a result to overcome the performance loss I get racing in the extreme heat out there. I ended up finishing in 7th place. I started the run with the main contenders but suffered in the heat finishing in 7th. It was good to finish in the top 10 but I know if I get better in the heat there’s plenty more to come as it was my slowest marathon of the year while in the best run shape of the year. I felt like I had to nurse myself around the marathon rather then being able to attack it but I’ll work on that and look to come back in even better shape next year.

However this brings me back to where I am now. Just finished the season with a DNF at ironman Arizona. Not the way I wanted to end what has been a great season but I think you could say I maybe bit off a bit more then I could chew with this race. The water and air temperature at the start were absolutely freezing and I really struggled. I got out of the water with numb hands and feet and just couldn’t get going and by the end of the first lap my leg was in pain from pushing hard with cold muscles and my power output was rapidly decreasing with me being lucky to hit 230w. Not really any excuse though as when your in top shape you cope with situations like this better and everyone has to race in the same conditions so congratulations to Eneko Llanos for winning and to everyone else that managed to finish.

It’s got me thinking though after this, how far I’ve come since my first triathlon at the end of 2010. In 2011 I was in my last year studying. I finished university in June and had the decision to make: do I get a ‘proper job’ or bust my ass as a triathlete to try and make ends meet. It wasn’t really a tough decision as I’m not sure anyone would have hired me for a proper job anyway, so the decision was made, bust my ass and keep progressing at triathlon and don’t look back! I ended up staying in some very cheap accommodation in Moss side in Manchester which was interesting, I guess you could say getting woken up in the middle of the night by your house mate screaming because some random person is in your house robbing you! Character building it certainly was, on the bright side it meant I was able to work less at a triathlon shop in Manchester as the rent was cheap which enabled me to train harder. I hoped this would enable me to improve and get to a higher standard faster.

Things in them days certainly were interesting, I can remember going to the supermarket and paying for my shopping, paying is a very loose term as I got to the checkout to find out I had insufficient funds in my account. It was pretty embarrassing and I would hate to be in that situation now, at the time I guess I just took it on the chin and it didn’t really get me down. I think I was just in the zone and really driven to make it as triathlete. I really believed that I could make it and if I didn’t it certainly wasn’t going to be from lack of trying.

So looking back it’s nice to be able to say I’ve got to where I am by being self coached, and no help from a federation. It Just shows that in this sport if you put your mind to it and work hard you’ll get there in the end.

For now I’ll be taking a bit of time off and then going to Australia for the winter to prepare for the 2019 season. 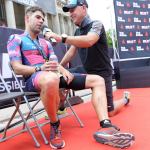 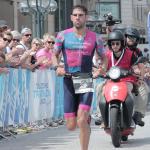 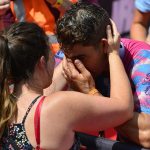 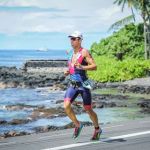 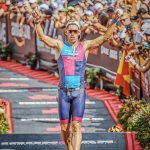 Leave a Reply to Phil