I’ve been out here for over 3 weeks now and my preparation has gone very well. I’ve got to say that the whole experience has been absolutely amazing, I was dubious at first as to whether or not the whole Kona experience would live up to my expectations as you hear so much about the atmosphere and obviously with it being the home of Triathlon and one of the biggest triathlons in the world it had a lot to live up to but from my point of view I’ve absolutely loved it and it has exceeded what I was expecting.

You feel the atmosphere rising every day and there’s always people riding and running along Ali’i drive, also with all the media as well it just gives it this huge race feel, there’s loads of cafes that are literally rammed throughout the day and the coffee’s not bad out here as well.

From a training perspective It’s gone really well, I feel as though I’ve done some good sessions and am I’m definitly feeling better acclimatised then when I was in Texas. I think part of the reason is that I had an idea of what to expect and also I think the conditions might have been a bit hotter out in Texas. 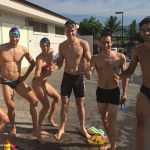 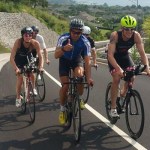 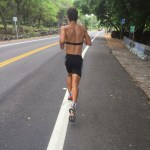 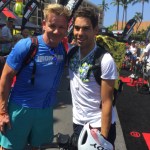 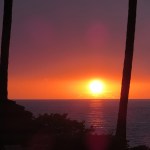 On Wednesday I did my last hardish session before the race which was a 30 minute effort on the bike at Ironman pace. I managed to ride at 303w and it felt pretty comfortable. I did an out and back along the Queen K and managed to average 43km/h off this power which I was quite pleased with as I had to slow down for a few traffic lights and do a U turn in the road. In the race I wouldn’t average this speed though as the last 30Ks before the turn around point are pretty hilly and slow. To be honest one thing which has surprised me about this course is that it’s very undulating and the wind is very unpredictable, it’s a really honest course.

After the bike I did a 5k Tempo run and managed to average around 5m40 miles, the first one was 5.45, second one was 5m33, and the 3rd was 5m39. I felt like I was really holding myself back for the run so am pleased with the pace considering the heat and humidity. When I first got out here I wasn’t going much faster then that for 800 meter reps! 🙂

So yeah I’m feeling up for it I think I’m in very good shape for this race and am really looking forward to seeing what I can do against some of the biggest names in this sport.

My ideal plan for the day would be to swim with Kienle and try to stay with him on the bike and then on the run do a sub 2.50 run.

If I miss the pack on the swim I’ll just stick to my own power on the bike which I’m hoping will be around 300w and then get off the bike and do a good run. From what I’ve seen from previous years a lot of people seem to go very hard over the first part of the course and then blow up on the second part back to town. The second part will be where I hope to make time up on the guys ahead and I would hope that by sticking to this power output I’m able to put together a good run.

I would like to thank all my sponsors for their support, and also to everyone on Twitter and Facebook who have given me support. I’ve seen all of your messages and there’s too many to reply to but they mean a lot and are very motivational. I hope to do you all proud and you can be sure no matter what I’ll be giving it 110% and will fight until the end for every position.