With less than 36 hours before before his first big race of the 2016 season, I caught up with Joe to discuss his preparations for the big event, airline altercations, inappropriate press conference comments,  and peanut butter abstinence…

Evening Joe thanks for delaying your bedtime to allow us to carry out this CHALLENGE WANAKA preview interview for your blog page. I understand that just getting there has been something of a challenging feat of mental and physical endurance itself. Let’s set the scene, following a short flight from Norwich airport, you’ve arrived with all your gear and a couple of bags of bikes at the checkin desk of a well-known middle Eastern airline (who shall remain nameless) at Manchester Airport ready to commence the second leg of your epic journey … what happens next?
When I got to the check-in desk, the staff said I’d have to pay an excess baggage fee of £2200 for my second bike. There was no way I was able to or wanted to fork out that money so tried to talk them round but they were having none of it. I didn’t know what to do. I put an appeal out on social media and a friend of a friend offered to come out and meet me at the airport, take my training bike off me and some of my gear and lent me a small hand luggage case. I put as much clothes as I could in the hand luggage case and had to get dressed up like the Michelin man just to get a few more bits through boarding and onto the plane. I was glad it wasn’t warm in Manchester.
How long did the whole journey in total?
About 40 hours.
Wow. So you eventually get to basecamp in Queenstown and unpack your bike and notice there’s some damage on there.
Yeah, the headset was screwed, it must have had a big knock to it somehow and it had messed it up. Even when I loosened the headset up it still wouldn’t go into place. So I had to take it to a local bike shop. Luckily, this guy who didn’t even work in the bike shop, who was friends with the guy who worked there or was visiting or something, he offered to take it away and managed to sort it out the next day. 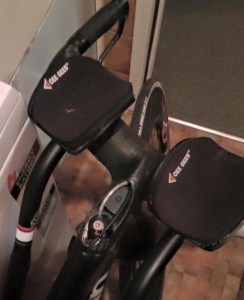 You can follow Joe on the new Challenge Wanaka app on Apple devices or Android devices. Live online TV coverage of the pro race, live race updates on Twitter @ChallengeWanaka plus live timing and athlete tracking, all available at www.challenge-wanaka.com. Race starts at 7:00am NZDT 20th February / 6:00pm GMT on 19th February. 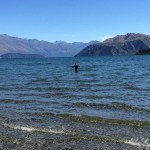 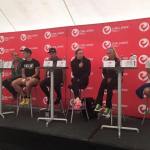 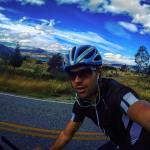 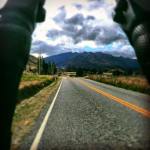 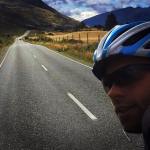 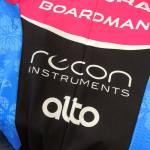 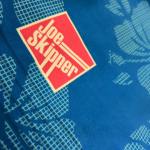 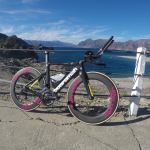