Where do I start with Wanaka, the race was a disaster, the build up was the most stressful pre race build up I’ve probably had, although saying that I felt I was in a good place on race day as I just tried to forget everything and focus on the goal of performing well.

Going back to my journey out to New Zealand, it started ok with my first flight from Norwich to Manchester going to plan, I was flying with two bikes, a Boardman road bike and my Boardman TTE racing bike. The first flight I only got charged £20 in total for both my bikes. However despite bing told I could take 2 bikes to Queenstown when I booked my flights a few months previous, I was shocked to find out that although I could take 2 bikes Emirates policy was that any Kilogram over 30 would incur a £54 per a kilo charge. I was very annoyed by this as I felt that I was completely misled at the time of booking. It wasn’t the charge which annoyed me although it is completely ridiculous it was the fact that I feel I was completely misled at the time of booking. I booked over the phone and was told I couldn’t pay at the time of booking I had to pay at the check in desk. I didn’t find this anything out of the usual as quite often when I’ve taken bikes with KLM that is the case. However now it makes sense as the reason why is because it’s all done by weight, just wish I had of been told at the start. Anyway I won’t be flying with Emirates again!

So while at the airport and being told I had a £2200 excess baggage charge I thought I need to come up with a new plan as there is no way I can afford to stump up that cash as £4400 return is more then what the bike costs brand new. I put a message out asking if anyone lives locally and is able to come and pick my bike up, luckily Matthew Egan got in touch and picked it up, as well as a load of my clothes. I reckon he’s currently strutting around Manchester in my Luke clothes and riding my road bike waiting for the ebay auction of it to finish!

So once Matt came to the airport I had to decide which clothes I wanted to try and squeeze into my limited baggage allowance and also try to fit as many clothes on as I could. Eventually I managed to sort myself out and went through to departures looking like the Michelin man!

I was hoping that this was all the pre race stress out of the way only once I arrived in Queenstown and got to the apartment I found that my bike had taken a battering. The headset had sustained a big knock and was completely out. I’ve never had any problems with the headset on my time trial bike since I’ve had it. I tried loosening it off but couldn’t manage to sort it out. I ended up taking it to a bike shop ‘Outside Sports’ in Wanaka and despite never seeing a Boardman before they managed to sort it out for me in a couple of days. However After a few rides it had loosened itself again, I took it back to the shop and they tightened it up again. It rode really well for the couple of rides I did prior to racing Wanaka and I was under the impression that all my bike problems were behind me. However on race day 50 Kilometres into the ride at the Hawea lake my headset completely loosened itself off and the bars needed to be at a 45 degree angle to keep the bike in a straight line. Unfortunately it took me ages to find anyone who had an allen key. I managed to find someone who said he had one at home and that if I carried on riding he would drive home and get some and then catch me up. He caught me up eventually but unfortunately he didn’t have a full set so I couldn’t really tighten it up. I carried on riding and by the time I got to 80-90 Kilometres in I found someone else that had allen keys and I managed to tighten it up. However by this point I was miles behind and was even behind the lead girls, I was completely gutted. Once I got into town I knew there was no point in carrying on with Ironman New Zealand in two weeks time. I’m not going to lie when they interviewed me at the time I pulled out I found it hard to keep the tears at bay! It was a completely gutting experience and I was really upset.

The next day I decided to do something different to clear my head and was told by my Auntie to go and run up a mountain. There’s loads of them around Wanaka, it’s a beautiful place and to be honest there was no point in staying at home talking so I ran up a mountain with a guy called Ben. It was a great day out and it certainly did help take my mind off Wanaka and re-focus. 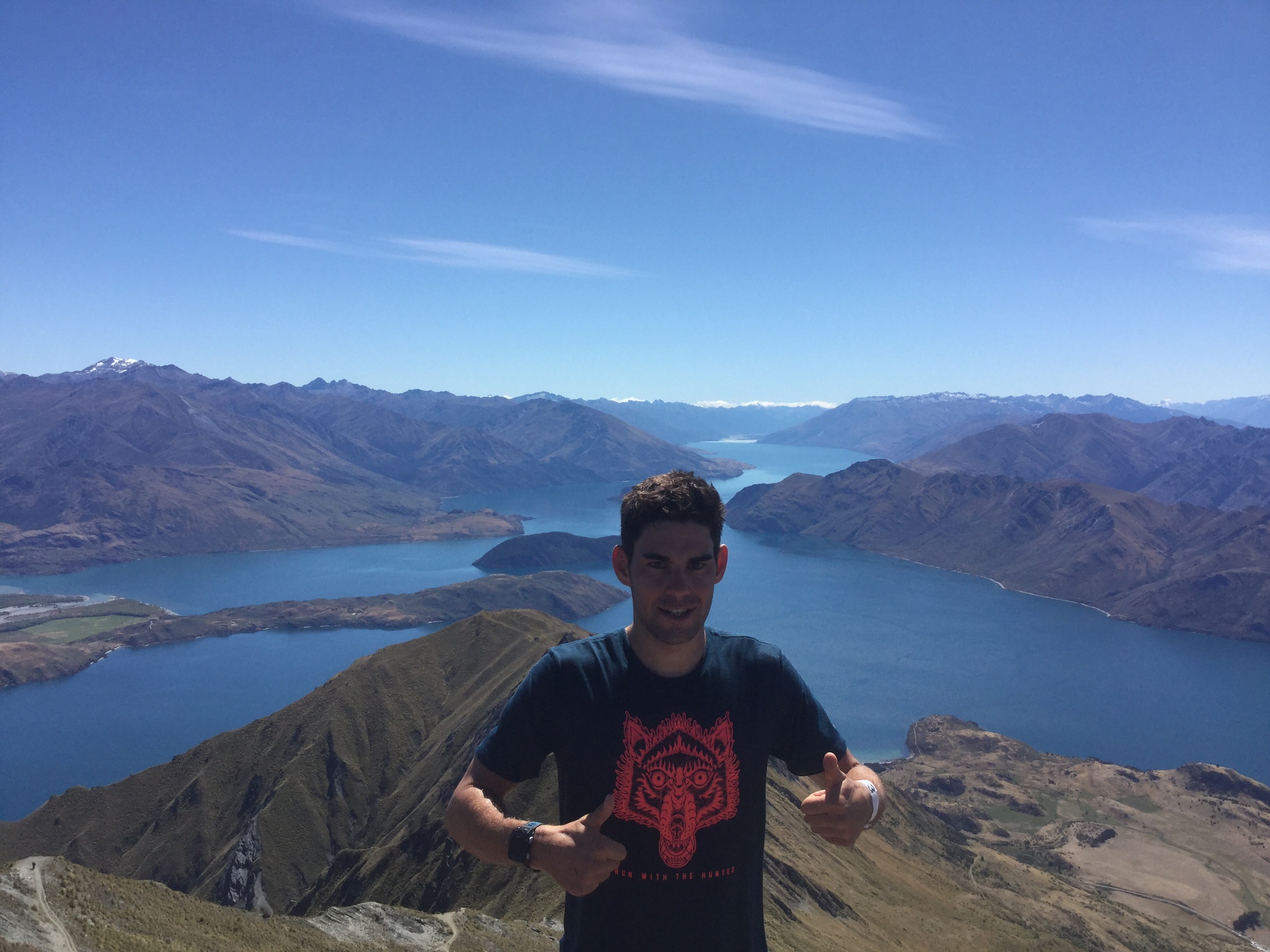 Other things that happened in Wanaka, I managed to crash the hire car into a letterbox while reversing into the drive of the apartment at where I am staying which I’ve been charged a hefty amount for. And while I was at Queenstown airport I got talked into buying a GoPro which was fantastic while it was working, although it only lasted 9 days before breaking on me. I tried to take it back at the airport but they said they couldn’t for some reason to do with it being brought in duty free and that I would have to send it back to GoPro directly.

I would like to thank Patrick for sending me his road bike to use, unfortunately the Couriers lost it on route so I never actually got to ride it but the thought was there. I would also like to thank Boardman for sending me a road bike to use while I am out in New Zealand, I really appreciate it and it’s been a godsend. I’ve booked it onto bike flights for my trip back so I shouldn’t have any more problems at the airport before you ask.

Also would like to say thanks to my Auntie who has been with me the whole time, she’s been amazing cooking me dinner, doing a lot of the shopping and also stopping me from going completely mad and keeping me sane!

Thanks also to all my sponsors for the good luck messages and constant support.

Anyway I’m now in Taupo and despite all the stress of the previous few weeks I’m just focussing on the race at hand. I feel good in training and am looking forward to having a mechanical free race. I’ve found a very good mechanic, Nigel at Pack and Pedal. He was recommended to me and I’m confident now that the bike is in great working order.

I did my last big brick session on Friday on the Ironman course where I did almost one lap on the bike (83Ks) at 41.3Km/h. I went at what felt like Ironman pace and if I can replicate that on race day it would break the bike course record. Obviously conditions make a big difference but it shows that I should be there or thereabouts on race day. I backed it up with a 13k run which went pretty much round a lap of the run course at 5m 57 per mile, This was above race pace but I wanted to do the run above race pace off a shorter bike.

I’ve got no internet out here and after what happened in Wanaka I just felt like I needed to get away from it all and focus on the race. I’ve been doing a lot of reading to fill the time and just relaxing. I am able to get Wifi when I go to a cafe so have been seeing all the messages which everyone has sent me. I want to say how much I appreciate all of the messages and the support I’ve been getting and I won’t disappoint in Taupo on Saturday! I feel good and will be fighting to the end!